Why I Love My Husband Now More Than Ever

Living for you, is easy living. It's easy to live, when you're love.

The first day of the second semester of my junior year of high school is the day I met J, the man who would eventually fall in love with me, marry me and father my first baby. The seating arrangement had been redesigned for the second semester and I couldn't have been happier that I finally sat near my good friend A. During a lull in the Chemistry lecture, A turned around to chat. The boy sitting next to her also turned. He was young, at least a grade younger than I, skinny  and a bit awkward.

"No, are you new to the class this semester?" I responded.

"He's been in the class since the beginning of last semester!"

My cheeks flushed, but not as much his. I don't recall what he said to me that first day, but I remember that I left class that day thinking he was funny and awkwardly charming. 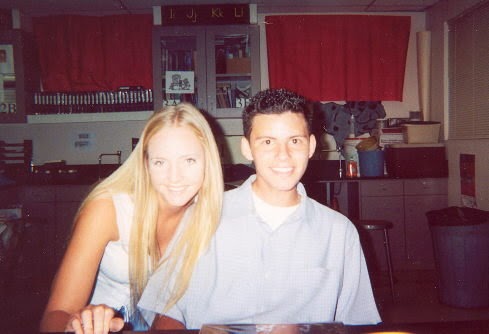 Our famous first picture from that fateful Chemistry class, circa 2002.

I could say I first fell for this man sometime in mid-2005, but that would only be half true. I think I knew that first day that there was something special about him. Our relationship has evolved, as it should throughout the years. We've loved, laughed and cried together (me more so than him...) and though there's no denying the initial spark that attracted us, our love is stronger now than it has ever been.

Now 12 years after we first met, we're bringing a life into this world. And with this, the qualities in him that I initially fell for are now even more present and some I've never seen before, or hadn't paid attention to, are emerging.

I've noticed since learning our little bundle was a girl, his "Caring" side has fully exposed itself even if it was slow to develop. Yes, he's always cared for me (and our stinky little pooch), but there's something different about the way he cares for R. He's never been one to pause and enjoy the beauty around him. But he pauses for R- daily. If ever she kicks, he'll stop what ever it is he's doing to feel his daughter's tiny movements. And will wait patiently with his hand on my stomach until he's sure she's settled down. He's spent the bulk of his weekends preparing our house for his little lady and when I thank him for all his hard work, he responds, "Just let me know if there's anything else that needs to be done. I want to make perfect for her." I've often joked that he loves her more than he'll ever love me and he hasn't even met her. But in all honesty, I think he does love her more and I love that about him.

This initial caring side has directly transformed into his "Providing Father" side. A quality I've always appreciated in him, is that he's determined to be successful. Since our first date, he's expressed this determination to me and so far he's been steadily chipping away at that success pedestal. Since our marriage began, he transformed into a providing husband. I noticed that success no longer meant he was in charge of the world, but rather how well he could use his success to provide for his wife. He proved this through the sacrifice his free time to traffic by buying a house in the suburbs and his decision to purchase me a brand new car, though we both desperately needed one.

Now with his little one on the way, I see "success" evolving again. No longer does he want his own success or even our own success, he wants success for his daughter. He's already designated a portion of his stock profits to her college fund and consistently insists I stop being "cheap" and purchase or register for only quality products for our baby. Not only that, he sends me articles and listicles throughout the day that outline how to be a good father. Just yesterday, he sent a list that boasted pictures of dad's taking their daughters on dates. He then promised to take our daughter on frequent daddy-daughter dates, as long as she's willing.  http://www.buzzfeed.com/justinabarca/dad-and-daughter-dates-are-the-best

As a girl, some of my most fond memories are of my dad taking me to daddy-daughter dances. I know that a simple gesture of investing in and spending time with your daughter will translate into success - in this case a well developed, intelligent young lady who respects herself and others. I love that he sees it too.

Lastly, his "Humorous" side, the side that I've always loved the most about him, has kept me afloat during this unsteady time. I'm a mess, sometimes. I have a way of fixating on one stressful thing and allowing it to take over. J first saw this side of me during finals week my senior year of college. Feeling over whelmed by the immense work that I somehow had to finish for my thesis coupled with finals lead to a nervous breakdown in my kitchen one evening. When J's supportive words failed to reach me, he turned to his wit. Within minutes he had calmed my nerves by making me laugh uncontrollably. Throughout our relationship, his humor has remained the calm to my crazy. He levels me out by making me laugh - constantly- and I love him for it. Sometimes, I catch myself imitating his humor and some of those times I can actually pull it off. I know that he'll raise our daughter to think and laugh the same way he does and that makes me love him the most. Because when I can't match his wit, I know she'll be able to.

So sorry to everyone for gushing about my man for an entire post, but sometimes you just have to gush. A friend once told me that after she had her baby the love that she had for her husband was like nothing she'd every felt before and that I wouldn't understand until I have a baby. At the time, a mere 2 years into my relationship with J, I was semi-insulted, but now I think I totally get it.

PS- I thought I should also call out the other man in my life - my dad - for being supportive, a great provider and an all around great dad throughout my life. I see how excited J is to meet his little girl, and as your first daughter, I know this time 30 years ago you probably felt the same feelings he is and acted the same way he's acting. Love you, dad! 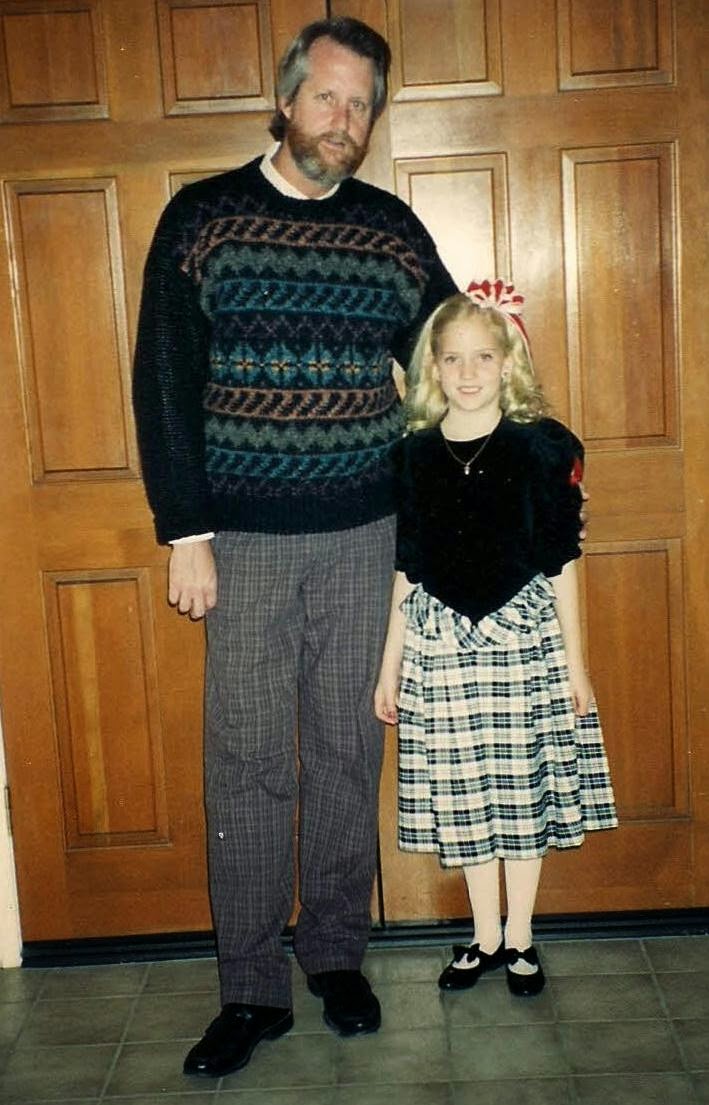