I've always been the type to cry. Now that I'm pregnant, I can do I mean impression of Niagara Falls at the drop of a hat.

To start, I had a very busy weekend. Not to complain, but a day between a whirl wind weekend in Napa and work would have made all the difference in the world. Monday was rough, but I found comfort in my first bag of Candy Corn for the season. Mmmmmmm..... (grabs a few candy corns an chows down.) 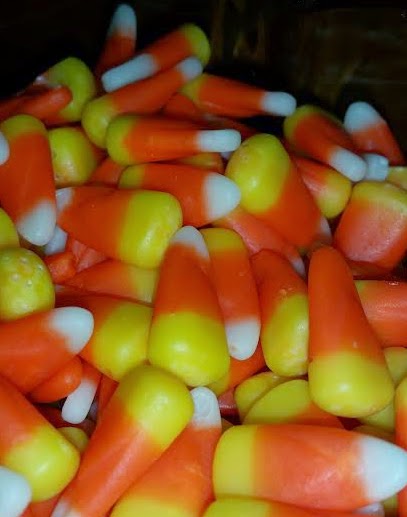 I stand firm by my irrational Candy Corn obsession. It's like the Girl Scout Cookie of Candies...

On Tuesday, I was so exhausted that I caught myself crying over emails. The content of the email had nothing to do with my sudden lack of a faucet off-switch. Just the act of someone sending me an email did me in. Needless to say, I went home after work and immediately fell into a deep needed slumber. Unfortunately, the sleep didn't last long because of our commitment to a 7 week long birthing and baby course at the local hospital. (Yes, that was entirely my doing a being graceful and supportive husband, Jarod agreed to attend with no hesitation.)

Regardless, Wednesday morning I awoke with my spirits in check - no matter the complete absence of energy. It was a new morning, and I was going to attack the world (even emails) with a new attitude. Jarod had plans after work, so my goal was to enjoy some time with my little dog at the park and then pick up some dinner.

Let me preface this next part of the story with the fact that I convinced my husband to buy the extra roadside assistance when we purchased my car last year. And every day I grateful we did, because I've succeeded in locking my keys in my car 5 times in the year I've had my car. 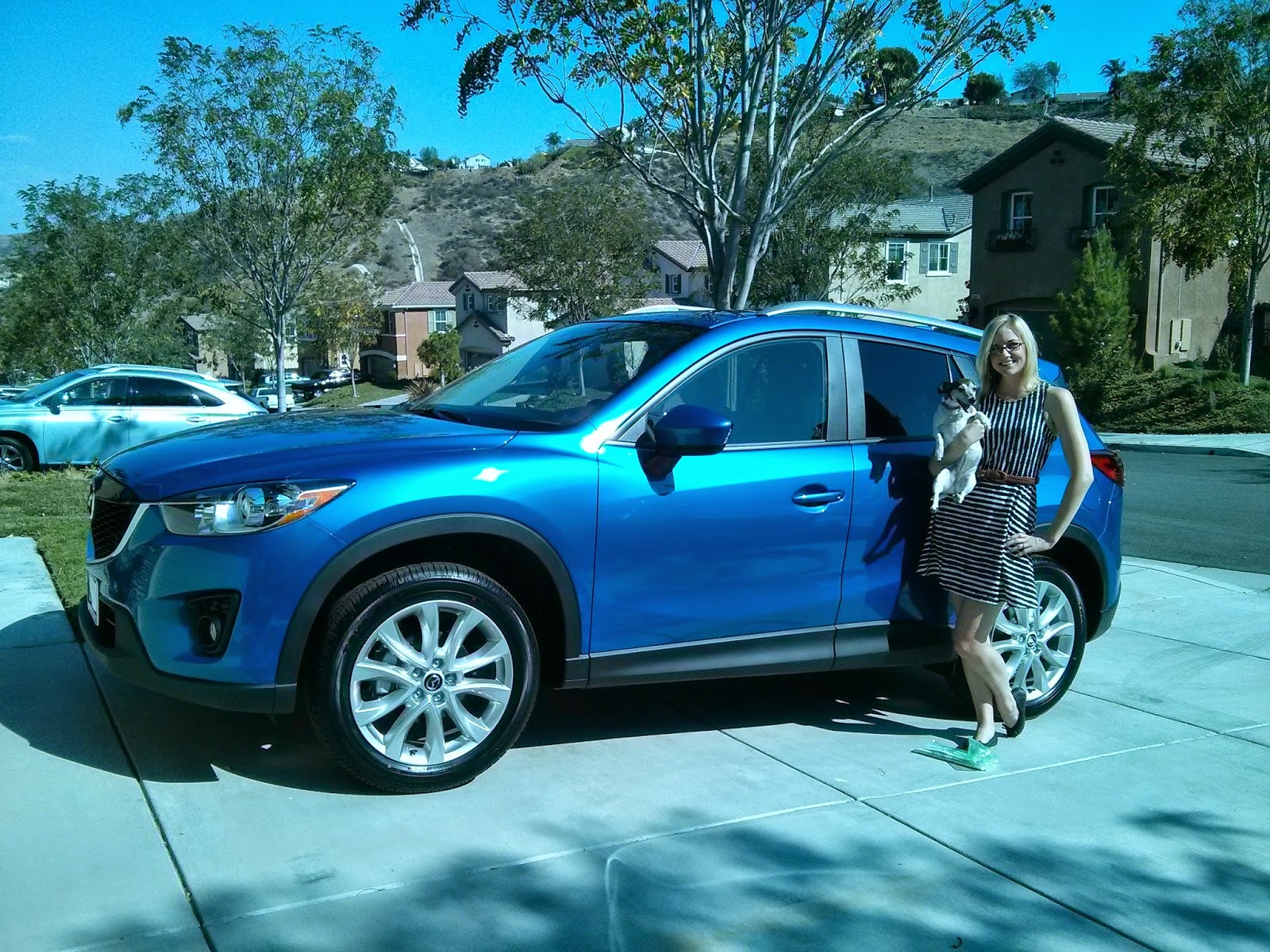 Me and the pooch, the day we bought the car. "Well, that was 25lbs ago..." thought Julianne.

So naturally, with my current complete absence of mind,  last night I feel victim to locking my keys in my car. The only difference with this occasion, was that the leash that was attached to my keys, that were locked in my car, was also attached to my dog. (Luckily it was after eight so the heat wasn't a factor and yes now I fear for my unborn child regarding my lack of car locking skills.) 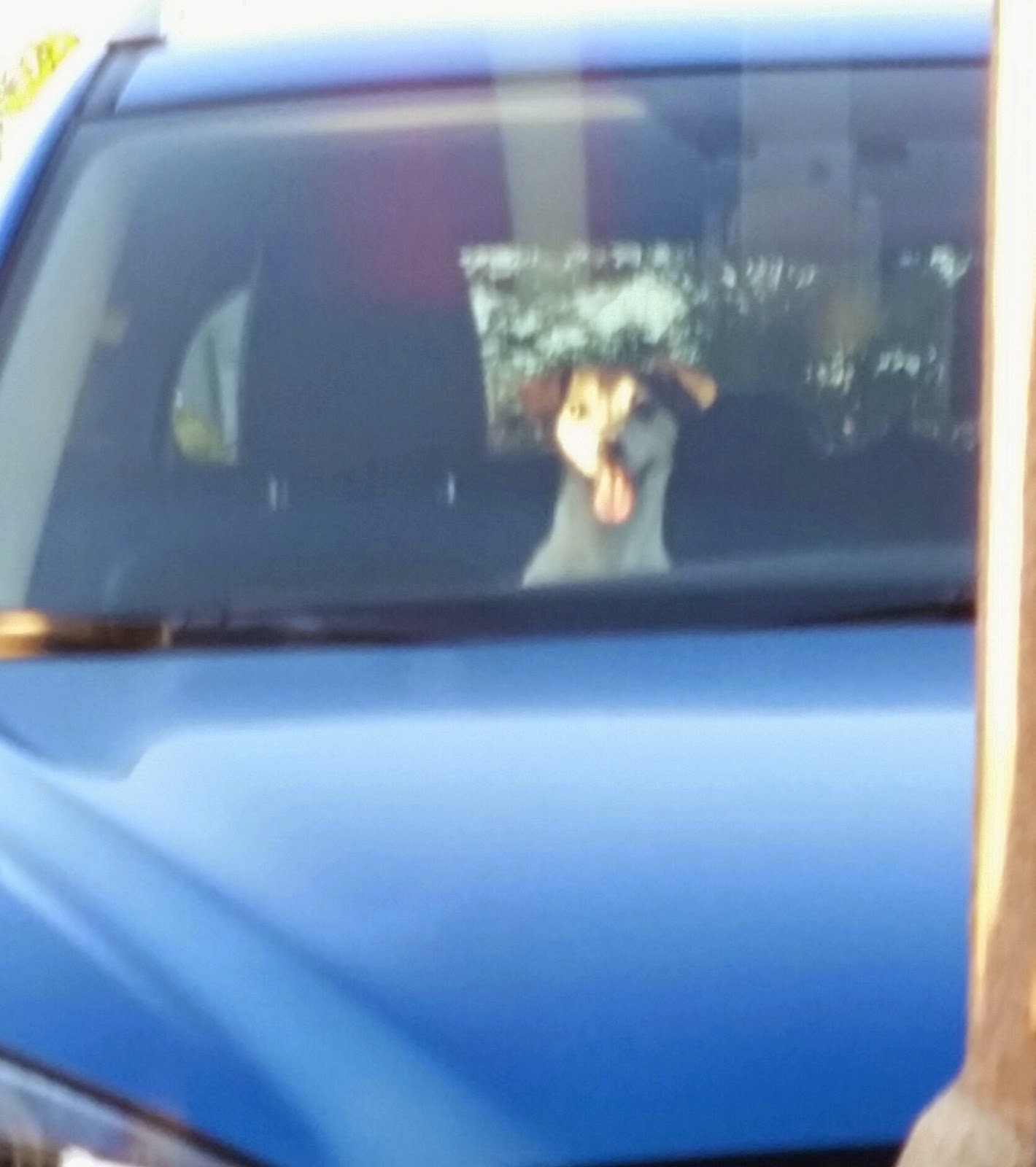 At least she seemed happy about it!

Still determined to remain level headed, I contacted the dealership for roadside assistance. After a moment, the Tow Truck company texted me with their contact info and a message stating it would be an hour before they can help me.

Do they not realize that my daughter's precious 11 pound snuggle pillow was locked in my car?

I immediately called the company. And no joke, this is the exact conversation I had - verbatim. Again - I stress - there is no exaggeration here.

The voice was monotone and could have passed for a recording. I paused. Was that a person?

"Hello?" he responded. The voice of a man, repeating me, in a mocking valley girl tone.

"Hello." I stated, not amused.

"Yeah it's a freaking company. I said the name when I answered the phone didn't I?" (Replace the f-word with in this sentence with a much worse F-word for the unrated version of this conversation.)

Shaken, I considered hanging up. But the adorable eyes of my imprisoned pooch caught my attention.

"Well, um, I called in to have my car unlocked and was quoted an hour. I was hoping, if you're able, to send someone out sooner because my dog is locked in the car."

"Lady, if we could have gotten someone out there in 9 minutes we would have. But we quoted an hour because that's how long it's going to be."

Frustrated. Infuriated. Hostile. I was going to blow up at this man. Instead - because I'm passive and try to avoid conflict. I quickly said, well thank you for your time, and hung up. I took a look at my dog, whose smile indicated that she was fine, and walked over the nearby Starbucks to sit down and wait.

Suddenly, I burst into tears. Streaming down my face doesn't nearly describe it. It was like I burst open a dam- during a time when there is no drought. I fact, we'll call it an El Nino year...


No. I thought, I will not let him get the best of me. I whipped out my phone, contacted the dealership and cancelled the service. I then called a local friend who, sensing the tears in my voice, drove down to my location to pick me up and drive back to my house to collect my spare key and save the day.

Almost immediately after I got into her car to drive home, we noticed a tow truck in the parking lot searching for my car.  I got out of her car, tears in mid-flow, and pointed him in the direction of my car. I wonder if he realized I had lost it at this point.

He walked up to my car, gear in hand, smile on his face and looked up into my eyes. The eyes of a crazy, hormonally imbalanced woman, ready to pounce.

"Are you the guy who answers the phone?" I asked. He stopped dead in his tracks, finally noticing the anger in my face.

"Well, you need tell your boss that that guy is an asshole and he needs to be fired. I've never met someone so rude in my life." I'd like to claim that I had an even temperament, but knowing me, I was at least eight octaves higher and loud enough for Arizona to overhear .

He put his head down and went to work. I may have convinced this man to both never marry and never have kids in one fell swoop.

As I continued to express my dislike of the phone operator, he continued to avert his attention. That's when it dawned on me. I probably seem like a crazy pregnant person right now.

"And I'm crying because of the way he spoke to me, not because I'm a crazy pregnant lady."

There. That showed him.

In the end, I got into my car, my dog was fine, my dinner was cold, and my eyes did not stop their obsessive crying until nearly 45 minutes after I'd gotten home. The anger brewed in me until I awoke this morning to the sunny side of the bed. Sure I was tired, but my disposition had improved tremendously. I didn't even have to fake it, like I did the day before.

And that, kids, is what I consider the rock bottom of this pregnancy. I can only improve from here on out. At least I can laugh about it now and have made a handful of people laugh about today.  Me acting crazy is apparently quite entertaining.

So, lesson learned, keep my spare key in my purse or teach the dog to unlock the car doors. Hurry here, R, I don't think the Towing Industry can take much more...