Mourning the Loss of Breast Feeding

The goal, from day one, was at least one year. At least. 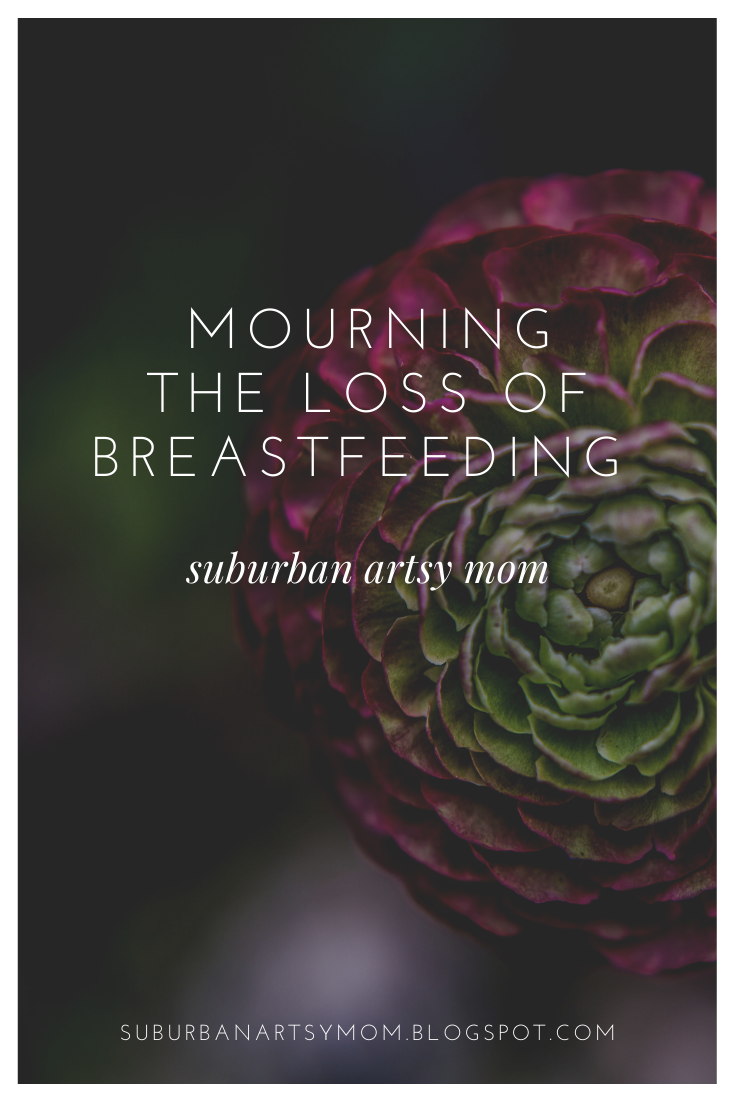 I love reading to my baby and have since before she could possibly comprehend what I was even doing. We're talking overly enthusiastic voices and all. And, at just ten months, I can already see the pay off. Just the other day as I read a beat up version of Goodnight Moon, she reached out for the book and began turning the pages on her own. I could not have been more proud. "Beaming" hardly captured my mood.

From day one, I've noticed a do-it-yourself attitude in this girl in a big way. She plays with her toys - on her own. She didn't take a bottle until she could do it - on her own. She loves to eat - on her own. (How dare I try to feed her, she will grab the spoon, the food, the squeeze pack and push me right out of the equation.) And during all of these moments I smile and joke about my "Independent Lady," secretly proud of her head strong ways.
So why, of all her "I can do it myself" moments, am I so shocked and heartbroken that she no longer wants to breast feed?

My goal from the beginning was to breast feed for at least one year. And from day one she latched on with ease.

Breast feeding was a comfortable experience for us. She spent 9 months inside me and breast feeding always felt like an extension of that experience. Sure, she was no longer inside, but for a fleeting 30 minutes she was connected to me again. We, again, were part of the same body.

And I ate it all up. I relished in stroking her chubby little arm or fuzzy head while she fed. I felt comfort in the warmth of her little body on mine. Some time after 3 months, cuddling became a few and far between activity. But at least I had breast feeding. And, in my head, I had at least of year of it, probably more.

I have a theory that the ear infection made breastfeeding painful for her, because the morning before her doctor appointment was the last time she breastfed. Now, I'm not saying she simply didn't want to do it any more, oh no. She violently and aggressively REFUSED to breastfeed. (Biting, crying and thrashing were all involved.)

And after nearly ten months of loving these moments with her, her reaction broke my heart.
I tried, in vain, for several days to change her mind. But with each cry I broke just a little more, until I finally gave in. You win, head strong little baby.

I was defeated, so naturally I regurgitated my story to anyone that would listen.

"I knew I wouldn't breast feed her forever, but I thought we would end on my terms," I told my sister in law.

I hadn't thought of that.

My baby who likes to climb the stairs on her own, explore on her own, and turn the pages on her own-- this is just another way for my independent little baby to be independent. I spent a week mourning the loss of my dependent little one, when I should have been proud that she wants to--again-- do it on her own. And boy does she love that sippy cup! It's no wonder she doesn't want to go back. 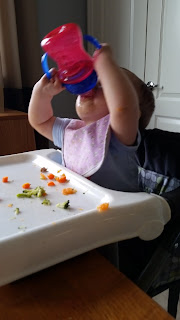 So now I'm back to embracing her "I can do it myself" ways and falling in love with our new found reading/cuddling before bed tradition. I still find myself missing that time with her, but nothing lasts forever. With each day, I'll miss it less and less.

But, if I'm being honest, all this pumping is for the birds. Ah well, a small sacrifice.