She's a chip off the 'ole pseudo-sick block...

Sometime around my pre-teens, I became a prepubescent girl who was assumed to have every ailment under the sun, but nothing was ever actually wrong with me -- at least seriously wrong with me. The occasion that exemplifies this best is when I went to get my first pair of glasses. 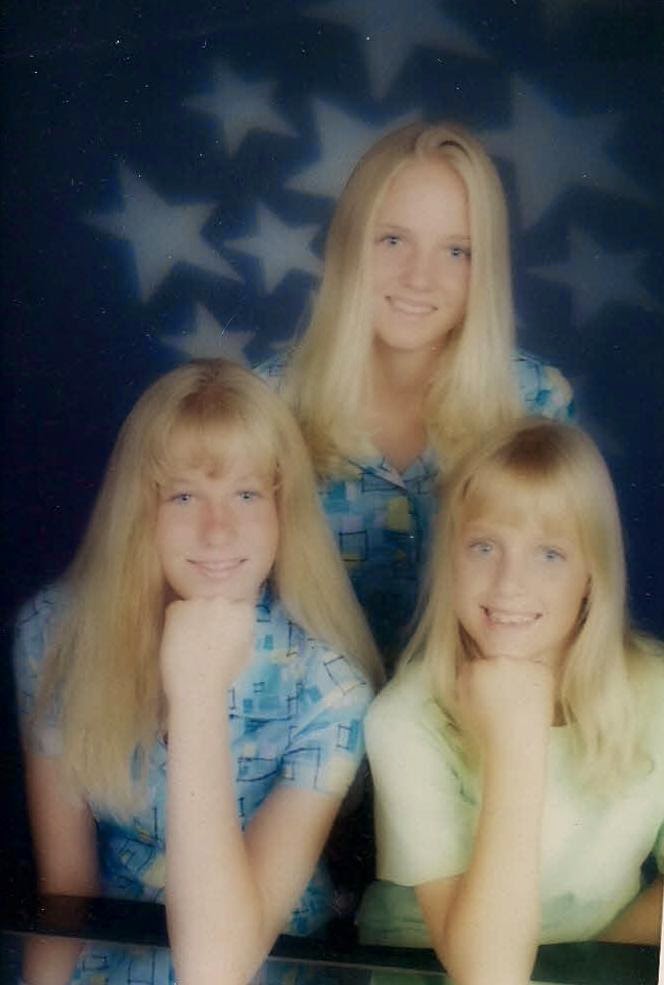 When I was thirteen, I was a pretty talented softball player, center fielder to be exact. One day, after a slew of incidents where I ran in seemingly the opposite direction of the pop fly, my coach convinced my mom to get my eyes checked. (Yes, V, I believe it was your dad.) Already traumatized that I would be going through puberty while wearing glasses, I reluctantly went to the optometrist. What he found was unexpected.

(While shining a bright light into my eye.)

I looked at my mom, uneasy at his curiosity.

"Is something the matter?" My mom asked.

"I'm going to put some drops into her eyes to dilate them. I need a better picture of what's going on."

He proceeded to put a violently yellow serum into my eyes. I immediately felt the effects. The lights in the room shone brighter than before and blurred into each other. He examined me again.

"It appears her optic nerve is swollen."

"Swollen?" asked my mom. "What does that mean?"

What followed, was six months of appointments. Specialist after specialist explaining that I must be going blind, I must have a brain tumor, I must have a blood disease, MRI's, talks of spinal taps...

Until finally, one specialist, feeling somewhat defeated I think, asked to look into my mother's eyes. The conclusion? The condition was hereditary and something to monitor, but ultimately, it was nothing. 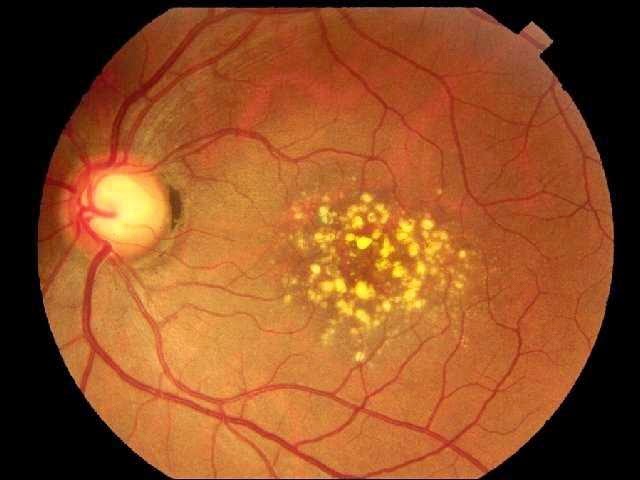 This is a picture of what the inside of my eye ultimately looks like. The yellow dots are drusen build up, which will impact my eyes when I am older, but not so much now.

Now-a-days, my optometrist is giddy any time I come in because he gets to look at an interesting eye for once. Score!

This is also my daughter. Well, not the eye issue (hopefully) but the endless tests to no real outcome-- totally her.

Two weeks ago, after the episodes of bleeding and dehydration, I guess I was naive to think that my ultra sound would go off without a hitch.

Little Lady R is too much of a drama queen to let an ultrasound slide.

When we walked in, the first question out of the technician's mouth was, "Has there been any bleeding?" About to let it slide by, like she does with 90% of her patients, she was shocked to hear me say yes. What followed were a series of questions leading her to check to the level of amniotic fluid surrounding the baby.

And wouldn't you guess? Low fluid levels were detected.

Taking my previous googling experiencing into account, I did not go home and google low fluid levels, because I knew it was nothing good. But I did only get about 2 hours sleep that night.

The next day, the doctor called with an urgent request to see me. They fit me in within an hour of the call to determine if there was a rupture in the sack, which definitely would not have been good. I won't describe the test in detail, but let's just say coughing was involved, similar to a male physical exam. Not pleasant...

Luckily, after two consecutive appointments of severely awkward coughing, the doctor determined there was no rupture. And after a second ultrasound 2 weeks later, the fluid count came in at above average. Now either that first ultra sound technician was looking for issues to make her day more interesting-- like a certain optometrist I know-- or my Little Lady takes after her mom :)

I prefer the latter. Hubby thinks she'll have my blue eyes and blonde hair, I think she'll inherit my weird quirks and funky eyes. <3 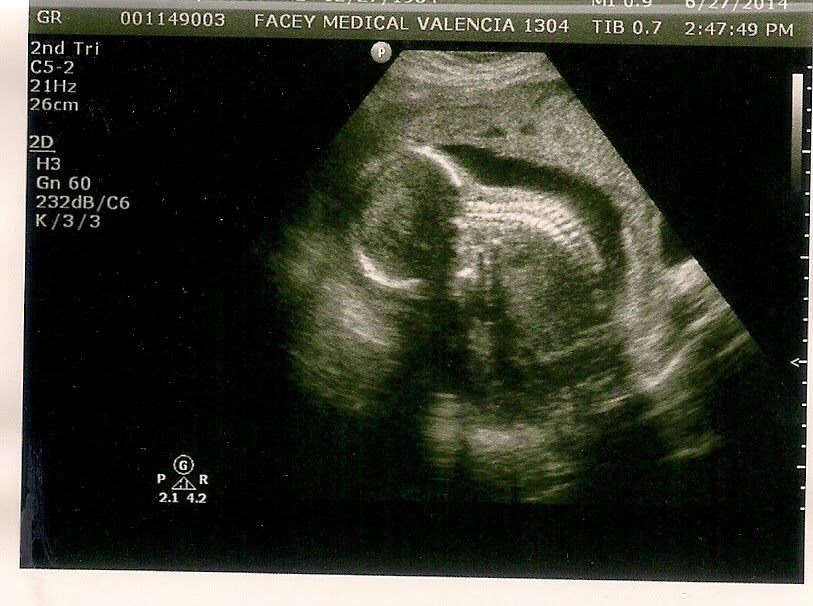 My Lady's little glowing spine. She'll be an athlete for sure!

Until our next doctor visit when they determine she is actually a different species, or an alien, or something else worth making a movie about.