In Exchange of Morning Sickness - Pt. 1

Since becoming pregnant, a common question I have encountered is "How are you feeling?" This is a polite way of asking, "You puking daily, now, or what?" Rather than continue to answer with an unconvincing "Fine," I've decided to dedicate the next few posts to my three main symptoms of pregnancy, thus far.

Though I've only had one unpleasant morning in the last few months, I've encountered daily battles with the aforementioned. So enjoy my blatantly honest accounts of the battles of pregnancy.

Since the 4th grade, Acne has been a battle I've won at times, but more often than not, lost. As a teenager, it was so bad, all you could notice in my Senior Year Panoramic Photo (a sea of nearly 900 students) was my red, blotchy face. As evidenced by the picture below: 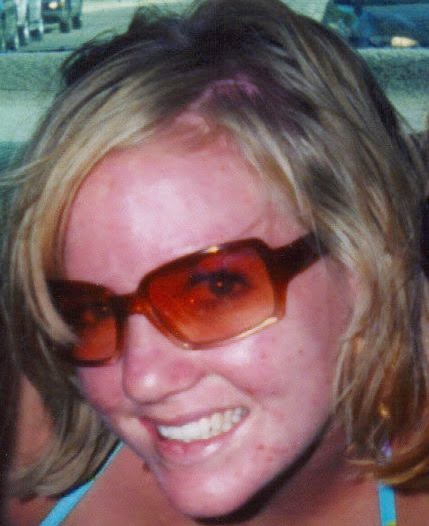 It's the same old story you've heard time and time again. I tried literally everything on my skin, and nothing seemed to work. I was doomed to fight the good fight with all my might for the rest of my life. (To put things into perspective, when Jarod and I first began dating, he commented on how terrible my skin had been in high school...)

Then, suddenly, I reached 22 and my hormones calmed---slightly---only slightly. Regardless, the Acne had migrated to mostly just my jawline and not every single pore of my skin. I was, for the first time since Junior High, indifferent of my skin. Oh sure, it would flare up from time to time and Jarod would calm me as I cried into a mirror, "I'm 25 years old, why do I still have Acne?" Eventually, Jarod convinced me to again try Proactiv (which hadn't worked on my 16 year old skin) and it actually worked. Though not completely eliminated, the last 4 years have been, in my eyes,  pure bliss.

But here's the kicker: Pregnant women are not allowed to use Acne Medication. This includes  anything with salicylic acid and benzoyl peroxide. So basically, Proactiv is out the door. What's worse, is pregnancy hormones spike, and fall, and behave much like my unpredictable teenage self. My skin is now having flash backs to 2002...ugh...


Both my wonderful boss and beautiful sister in law have brazenly told me, "There's nothing you can do about it." And my doctor nearly scolded me for even asking if there were any safe Acne medications available for pregnant women.

So here we go, the next seven months will be packed full of foundation and coverup. When you see me on the street, try not to stare. But even with all my heart ache and moments spent before my bathroom mirror, it's a small price to pay for creating a miracle :)